On the Move: Journeys to the City

The maps on this page show the journeys taken to the cities by 105 displaced people who were interviewed in the course of the research project. The photographers were amongst these interviewees. 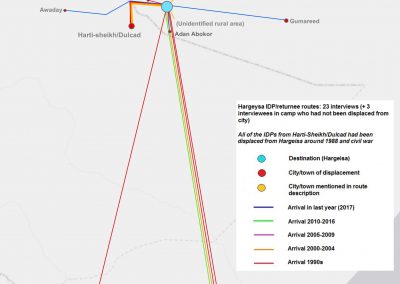 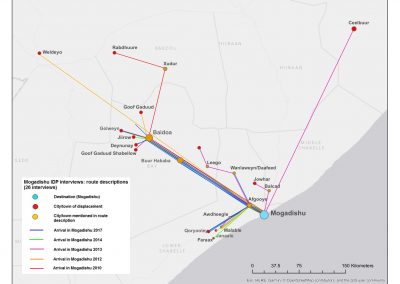 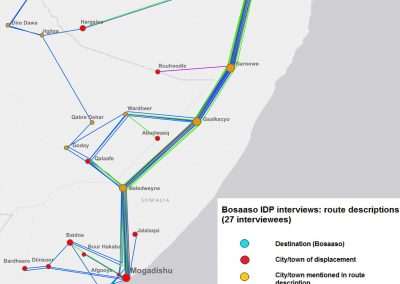 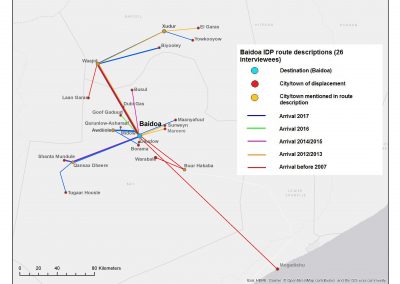 The people who arrived quite recently in Baidoa had generally come from surrounding rural areas. They mainly fled from drought, violence or a combination of both. Several interviewees fled to escape harsh taxation from Al Shabaab that had put their livelihoods at risk. The journey of many displaced people who settled in Baidoa was, on average, shorter than the journey of the displaced people interviewed in the other cities. People nonetheless faced severe hardship on the road: some of them were threatened by Al Shabaab, or harassed by other militias. Hailing mainly from the local clan-groups, the in-migrants to Baidoa have some access to the social and physical protection of their respective clans. Some of the interviewees in Baidoa had returned from Kenya, accepting assistance packages from international organisations. Some of these returnees ended up in urban camps. 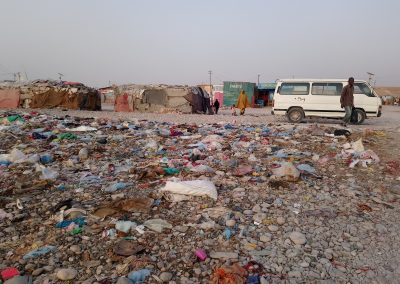 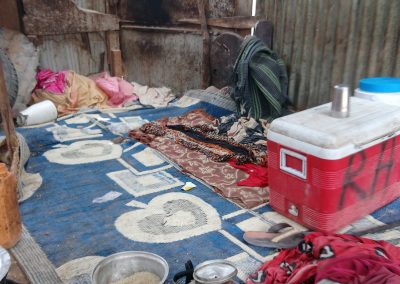 The pattern of migration of the interviewees in Bosaaso differed from the other three towns. While many of the interviewees lived at one time in rural regions where they fled from violence and/or drought, they often moved through other towns before reaching the northern port city. Bosaaso’s relative peace and stability, and growing economic opportunities are important pull factors for in-migration. Some of the interviewees, however, selected the port city because they looked for opportunities to leave the country. Some even went to Yemen, but later returned realizing that they could not continue their journey. The interviewees in Bosaaso had lived in the city for over a decade, and had already gained some experience in navigating their new city lives. 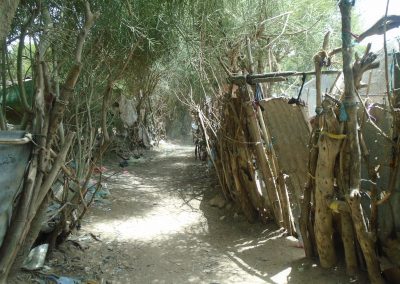 The migration pattern to Hargeysa is quite unique. The majority of the interviewees arrived in the early 2000s from camps in Ethiopia where they had sought refuge after the city was destroyed in 1988. The majority of those in-migrants are from the main clan groups in western Somaliland. Others fled from the civil war that hit the southern regions of Somalia in the 1990s. Some interviewees arrived more recently as a result of widespread drought in 2017, whilst others have fled recent violence in Ethiopia. Some of the Hargeisa neighbourhoods associated with displaced people (like State House) are now also home to large numbers of local urban poor, who have moved there from other parts of the city because of increasing rents.