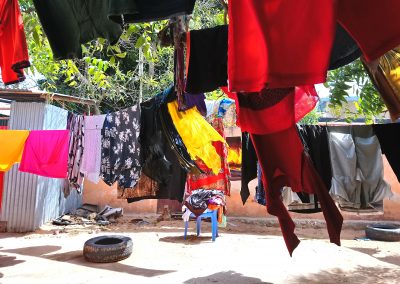 The majority of photographers fled to cities to escape ongoing violence and/or because of consecutive droughts. People were dispossessed, lost their livelihoods and moved to the city to increase their safety and to find new economic opportunities. Displaced people constitute an important labour force in all four cities, and they contribute to the economies of all four cities. Men often work as day laborers, porters, or in construction. While they are a vital part of ongoing reconstruction and development of urban infrastructure, their work is insecure, irregular, and employment often depends on personal contacts. No safety regulations exist, and no compensation is paid in case a worker gets injured. 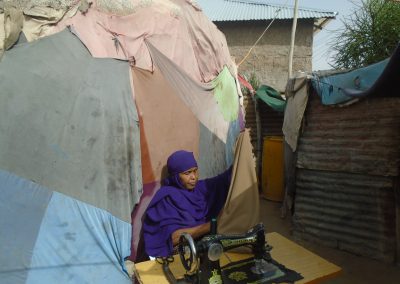 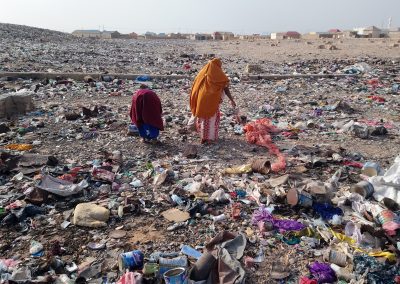 Many interviewed women offer services to private homes. They work as house maids or cleaners, but also as porters or petty-traders. Their payment depends on daily negotiations and most of the female interviewees in Mogadishu had experienced either a refusal of payment or a lower than agreed rate. There are no means available to them to resolve labour conflicts. Several women additionally experienced violent threats, beatings or even rape during such daily employment. In all four cities, women have become the main breadwinners of their families. This may be because their services are more regularly requested, or that they are more persistent in searching for employment and more willing to do any work available. They generally work more for less and irregular pay, and face various security threats in doing so. Urban displaced people – men and women – are part of the globally growing number of people living under precarious conditions and in situations that can only be characterized as normalized emergencies.